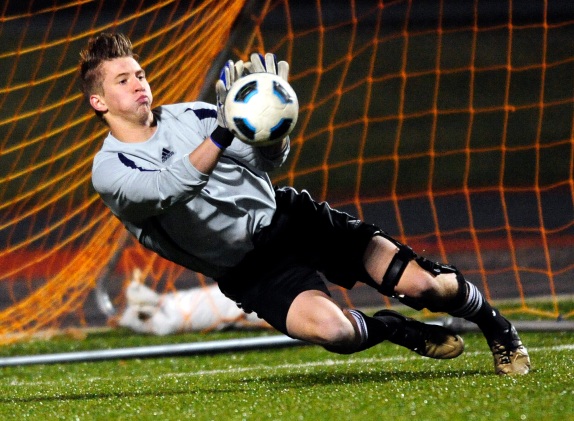 Peter Vogrin, wearing his playoff Mohawk, stops a shot in the quarterfinals of Air Academy High School's game against Niwot. The game was tied 1-1 after double-overtime. Niwot won in a shoot-out.

Posted on our YouTube channel “jayhawkgonebad“ is our latest video.

You’ll find clips from a couple games taken during our 2011 season:

Also, there are other clips including of a couple saves I made in the 2010 playoffs against Denver South on a penalty kick and 17 short clips from the President’s Day Tournament in Arizona.

You can see a little action from the 2010 playoffs at this link.