On Saturday, Jan. 14, 2012, Peter Vogrin gave an oral commitment to accept a scholarship to play soccer for the Mountain Lions of the University of Colorado at Colorado Springs.

“All those years of training and playing in the sun, rain and snow paid off,” Peter said. “It was all worth it.”

Peter will be playing for Coach Johnnie Keen, who is taking over the team after assisting Henry Ellis.

Peter was a four-year starter at Air Academy High School in Colorado Springs and led his Kadets to the 2010 Colorado 4A State Championship as they finished 19-1.

In 2011, the Kadets were 15-3 with 12 shutouts, a great season even though they were unable to repeat as champions. 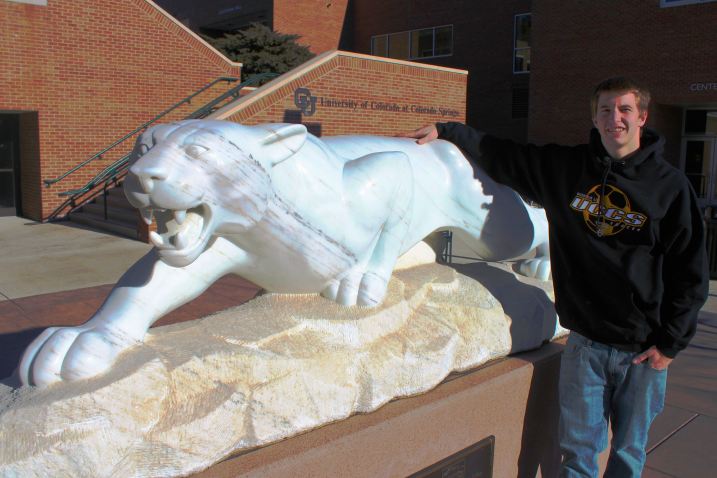 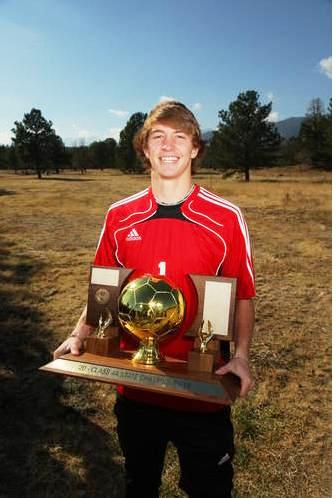 Celebrating our 4A State Championship in November 2010

And though we didn’t repeat as champs in 2011,  I had a great season and was voted First Team all Metro!

I’ve really enjoyed high school soccer. It helps that the Kadets went to the playoffs in every season.

And even though we didn’t achieve our goal of repeating as state champions, we had a great season, ending 15-3 with 12 shutouts.

And it was great for me for several reasons.

First, my knee held up great. I played every game and I even kicked for our football team. No problems!

And for the second straight year I earned first team all state academic honors. I maintained my 3.7 GPA and scored a 25 on the ACT.

Of course, it would have been nice to repeat our success of 2010 when we went 19-1 and won the championship. In 19 games, I gave up just five goals. And I scored two, playing striker for short stretches in lopsided victories.

In August, just prior to the season, our local paper, The Gazette,  published this amazing story about me. I’m very proud. Please check it out. And yes, the photo by Mark Reis, is really me diving. Not PhotoShop!

Besides my school team, I’ve played for REAL Academy U 18 team,  the Pride Predators ’93 elite team and I was on the Olympic Development Program team in 2009.

Soaring save in the playoffs against Cheyenne Mountain 2010 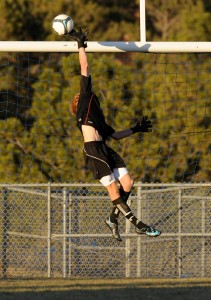 Here is a short clip of a couple saves I made in the 2010 playoffs against Denver South on a penalty kick.

More videos are posted on our YouTube channel “jayhawkgonebad.”

In November 2010, in the semi-final game of the state playoffs, I injured my knee.

I walked off the field, but in December I had surgery on my PCL. Today, I am back at full strength after seven months of physical therapy, miles on the exercise bike, running, intense individual workouts at Max Performance, weight-lifting and grueling goalkeeper training.

On Oct. 18, 2011, we played Palmer Ridge in the semifinals of the Metro League. Here’s a link to a story in The Gazette about the game. 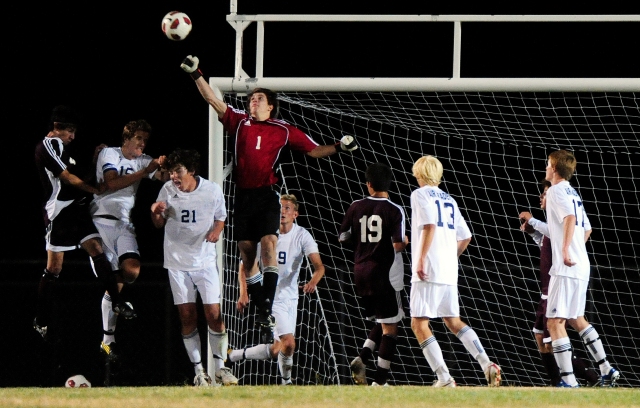 A punch-out, above, and a scoop save, below. 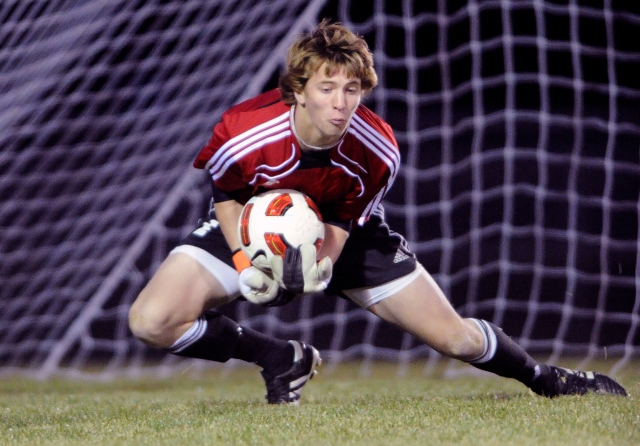 Going hortizontal in the playoffs to save a backdoor shot off a cross. Got just enough glove on it to flip it up and over.